As part of its research and dissemination activity, the Recognized Research Group for Laser and Photonics Applications (ALF – USAL) and its members are part of and collaborate with different associations and organizations related to the fields of physics, optics and photonics. 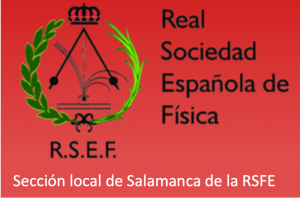 The Salamanca Local Section is a geographical component of the Royal Spanish Physics Society (RSEF), a non-profit institution with more than one hundred years of history that aims to promote the development of physics in the aspects of basic knowledge and of its applications, as well as promoting scientific research and teaching in all educational fields.

The Spanish Royal Physics Society) is a non-profit institution that continues the branch of Physical Sciences of the Royal Spanish Society of Physics and Chemistry, founded in 1903. Its objective is promote the development of physics in the aspects of basic knowledge and its applications, as well as promote scientific research and teaching in all educational fields. The RSEF carries out its activity throughout the national territory and maintains international relations in its own areas and, in particular, with Latin America. The RSEF has been declared a Public Utility Association.

The RSEF is geographically structured in Local Sections and Foreign Section (foreign) and, scientifically, in Divisions and Specialized Groups that group members with common interests in certain areas of physics.

Link to the webpage

The Specialized Group on Quantum Optics and Non-Linear Optics of the Royal Spanish Physics Society (GEOCONL), as well as the Quantum Optics and Non-Linear Optics Committee of the Spanish Optical Society (QUONLOP), were founded in 2014 with the aim of structuring research in these fields in our country. Among its objectives are to publicize the activity in this field, the training of young researchers and the organization of scientific meetings that promote communication and exchange between the different interested groups, including the usual symposium at the Biennial Meetings of the RSEF and at the National Optics Meetings of SEDOPTICA.

Link to the webpage.

The SEDOPTICA Youth Area is one of the specific committees of SEDOPTICA. The Young Area was created with the aim of being a meeting point for young researchers in the Optics area and within the Spanish Optical Society (SEDOPTICA).

It is an open association for all optics students who are doing a degree, master or doctorate or for those doctors who have obtained their thesis in the last five years.

Link to the webpage. 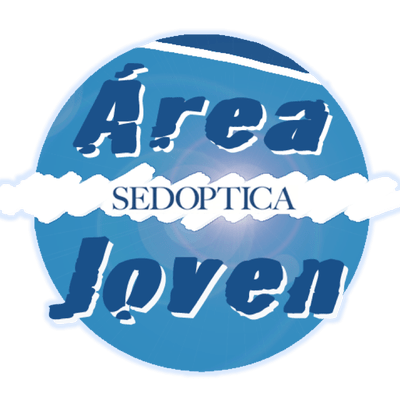 The Spanish Society of Materials was proposed for its creation in 1993, three years later it was officially established in Cadiz, becoming the first society that encompassed the activities of the various thematic groups that existed in Spain in this field and being an appropriate interlocutor in Europe within the European Federation of Materials Societies. To this day, it is a well-established Society that continues to persevere in its mission of promoting and disseminating the important research and development work that is being carried out in our country within the framework of Materials Science, Engineering and Technology.
Link to the webpage.

OSAL Student Chapter is an association for the dissemination of Optics made up of students from the University of Salamanca since its foundation in 2009. Its objective is to arouse curiosity about light among all audiences and promote the development of a scientific culture in society.
Link to the webpage.